The Buffalo Jewish Federation can trace its history back to 1903, when several fundraising and social service volunteer-led organizations came together in order to coordinate their work for the benefit of community members and organizations. Evolving into a professionally staffed agency, it supports organizational and agency partners, and community members, locally, in Israel and around the world.

In 1903, four organizations consolidated their philanthropic activities into one organization to form the Federated Jewish Charities. A Board of Governors, with representatives from each group was established, and officers elected Julius L. Saperston as the first president of the Federation. Several committees were established including Finance, Relief, Education, Law, and Maternity. In 1905, a superintendent was appointed as an administrator. At first, the hope was to raise funds from board members, but a Kol Nidre appeal was always necessary and became an annual event, the forerunner to the annual campaign.

Two of the organizations that were part of the Federated Jewish Charities could lay claim to histories stretching back to the 1860s while the other two had formed to respond to the needs of new immigrants. The Men’s Hebrew Benevolent Society and the Women’s Hebrew Benevolent Society were founded in the 1860s to help individuals and their families who needed help to pay hospital bills or other needs including funeral costs. The Ladies’ Sewing and Aid Society, and the Sisterhood of Zion were later organizations, formed in the 1890s to aid with immigrant integration and acculturation providing clothing and linens and with services from English classes to childcare. All four organizations had strong connections with Temple Beth Zion.

In 1907, the Federated Jewish Charities moved into Zion House, 456 Jefferson Avenue, the home of the Sisterhood of Zion. Leaders of the Federated Jewish Charities included Eugene Warner (later leader of the Federation), Cecil B. Wiener (later head of the Relief Department, Judge) and Mrs. Marcus Spiegel (one of the founders of the precursor to the Foundation for Jewish Philanthropies). By 1909, Cecil B. Wiener, was the General Manager and running the Relief Department. As both employee of the Federation, and member of its Board of Governors she made an indelible mark on the organization until her retirement in 1944.

The West Side and Temple Beth Zion balance of membership changed in 1909 with the inclusion of the Jewish Aid Society, an East Side group that retained its own autonomy as a separate constituent agency. East-siders, including Sundel J. Holender, Isador Setel, Isaac S. Given, Samuel Cristall among others, joined the governors, and within five years had changed the balance of membership from its founding base. From 1909 to the 1930s, the early-Federation continued to fundraise and dispense relief through its Relief Department, the precursor to Jewish Family Service. Long term bequests and capital fundraising were handled by a separate organization from 1911 by the forerunner to the Foundation for Jewish Philanthropies (at that stage called the Jewish Federation of Buffalo).

The UJF entered a new phase of community building and special projects. It became the key sponsor of a unique event in 1954, with the celebration of the American Jewish Tercentenary. An appointed Executive Committee organized community wide events to observe this anniversary. Another outcome of the committee’s planning was the hiring of Dr. Selig Adler to write a history of Jewish life in Buffalo which resulted in From Ararat to Suburbia: The History of the Jewish Community of Buffalo, published by Jewish Publication Society in 1960.

Suburban relocations with capital building and the funding of programming associated with a midsized community, preoccupied community leaders throughout the 1960s to 1980s. As part of that, growing the next generation of community leadership became a key goal of older members, who already had long arcs of participation. Support for Israel and leadership development through twinning programs with Israeli development towns and missions to Israel forged generational cohorts. Significant numbers of participants entered lay leadership in agencies, synagogues and organizations, post mission. Activism for Soviet Jewry especially in the 1980 and 1990s provided a similar path. Special projects and initiatives expanded. Recently retired (and by 1980, Distinguished Professor), Dr. Selig Adler was hired to organize materials with the help of Sister Martin Jones for a Jewish Community Archives that opened at Buffalo State College in 1984. (It has since moved to the University at Buffalo).

From the 1990s to 2020s the continued maintenance of community wide infrastructure no longer reflected demography and affiliation patterns, forcing a number of mergers and closings, managed in part by the Jewish Federation. The Buffalo Jewish Federation and other agencies from the downtown Delaware Avenue relocated to the suburban JCC and a new community survey was launched to aid with planning. Synagogue mergers and organizational restructuring led to the absorption of the Bureau of Jewish Education and The Holocaust Resource Center into the Buffalo Jewish Federation, and the launch Kadimah Scholars within Park School.

The Buffalo Jewish Federation has re-envisioned its broad mission of bringing Jewish people together in Buffalo and the world, providing support to Israel, and promoting local Jewish organizations in Buffalo. It has revived its community relations council to promote tolerance for both Jews and non-Jews all over the world. It has reenvisaged both inclusion and education as engagement and learning and it has updated its mission. It maintains its traditional community planning and fundraising function and has sought to place itself as the connecting hub to a network of Jewish interconnecting communities.

Buffalo Jewish Federation Board of Directors

For a list of Past Presidents, current board governors and agency representatives Jewish Federation Mission in 1984 to Israel

Over the decades the Buffalo Jewish Federation has conducted a variety of community studies to establish population numbers and patterns in order to better address future longer ranged programming and capital investments.

The 2013 Greater Buffalo Jewish Community Study is a recent survey. It assessed the size of the Jewish community in 2013 as 5,770 households. These households include 9,800 Jewish adults and 2,250 Jewish children, with an additional 1,000 non-Jewish adults and 200 non-Jewish children. It found certain distinct patterns about Buffalo: The Buffalo Jewish community is older than the wider US Jewish population as a whole, but it also includes families with young children, and multiple opportunities to affiliate with a wide variety of organizational options.

An earlier survey conducted in 1938 by Dr. Engelman, former executive of the Bureau of Jewish Education is available here. The Jewish Population of Buffalo, 1938

by Dr. Engelman, former executive of the Bureau of Jewish Education

The Jewish Federation Cemetery Corporation owns and maintains Jewish cemeteries in the Greater Buffalo, NY area located on Doat street in Buffalo and at Pine Ridge in Cheektowaga. Founded in 1981, the not-for-profit corporation maintains cemeteries whose founding synagogues have ceased to exist. It provides upkeep, and security as well as maintaining each cemetery according to the practice of its founding synagogue.

Location of The Ohel of Rabbi Joseph Rabinowitz

Here you can find The Holocaust Memorial at Pine Ridge In February 2013, the Jewish Federation of Greater Buffalo launched a new free monthly publication, The Jewish Journal of Western New York for Jewish households in Western New York as a successor to Federation News and Campaign News. The journal includes stories, features, reports, news articles and photographs covering social, religious, cultural and philanthropic activities within Jewish Buffalo and beyond. Content for the journal is provided by Buffalo Jewish community organizations and individuals. The Jewish Journal of Western New York received an American Jewish Press Association award in 2014, and is edited by Ellen S. Goldstein. The journal is produced by Buffalo Spree Custom, Publishers and Design. To read a tribute to Larry Levite (z”l), creator of the Buffalo Spree, click here.

In loving memory of Larry Levite

Several years in the planning, Jewish Federation Housing, Inc. formed in April 1977. It directed the construction of this site known colloquially as Essjay which held official groundbreaking ceremonies in May 1978. The Buffalo Jewish Federation hired Kideney, Smith, Fitzgerald and Laping to design the complex. The Jewish Federation Housing and Independent Living for Elderly Adults opened at 275 Essjay Road in Williamsville in the summer of 1979. In 2019, the Jewish Federation Apartments were sold to Capital Realty Group for $14.4 million, and the proceeds of the sale were placed in the Shirley Joseph and Donald Day Endowment Fund, for the two leaders who had done much to initiate and translate the project into a reality. 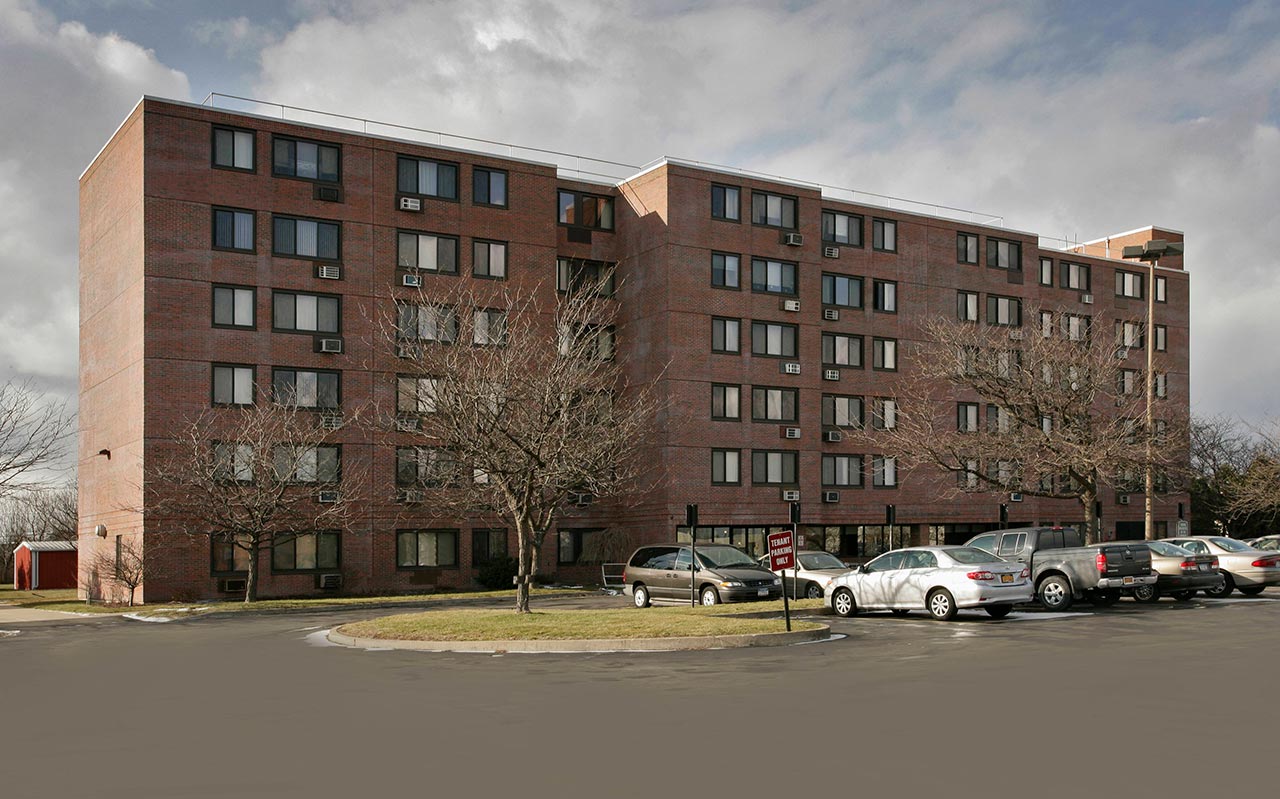 Concerned that a large number of Jewish children of school age were receiving no Jewish education, Herman Wile, President of Temple Beth Zion, conducted a house-to-house canvass in 1928. In 1929, around the same time, the Citizens’ Committee of Buffalo Jewry conducted a survey of Jewish communal life in Buffalo recommended the establishment of a bureau of Jewish education in Buffalo. With support from the Jewish Federation of Greater Buffalo, the Bureau of Jewish Education (BJE) was founded in the fall of 1929 with Herman Wile as President. In 1930, Ben Edidin was named its first Executive Director.

In the 2000’s, two special programs incorporated: the Yad B’Yad program providing outreach, advocacy and program support to individuals with disabilities to enable their full inclusion in Jewish life and the Jewish Buffalo Archives Project documenting the historical records of Jewish institutions through a partnership with University at Buffalo, University Archives.

END_OF_DOCUMENT_TOKEN_TO_BE_REPLACED

Zicharon Trip of Remembrance to the USHMM

END_OF_DOCUMENT_TOKEN_TO_BE_REPLACED A multi-page program was created for this event – you can find it here. 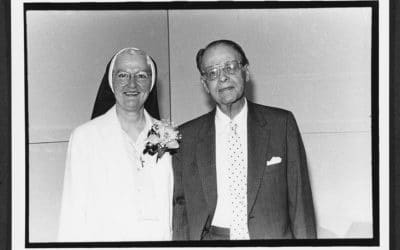 Campaigning for Soviet Jewry in DC Jewish Federation Mission in 1984 to Israel 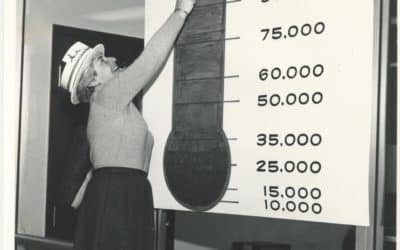 Bureau of Jewish Education, Hebrew High, Participants and advisors to the Better Together Program in partnership with Weinberg Campus, December 2016. Courtesy of Jill Komm. 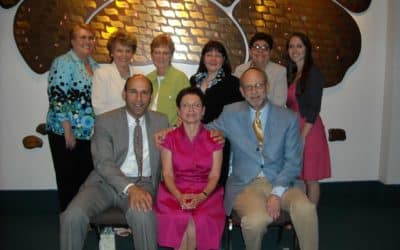 Bureau of Jewish Education Staff, May 2010. Courtesy of Jill Komm.

A multi-page program was created for this event – you can find it here.