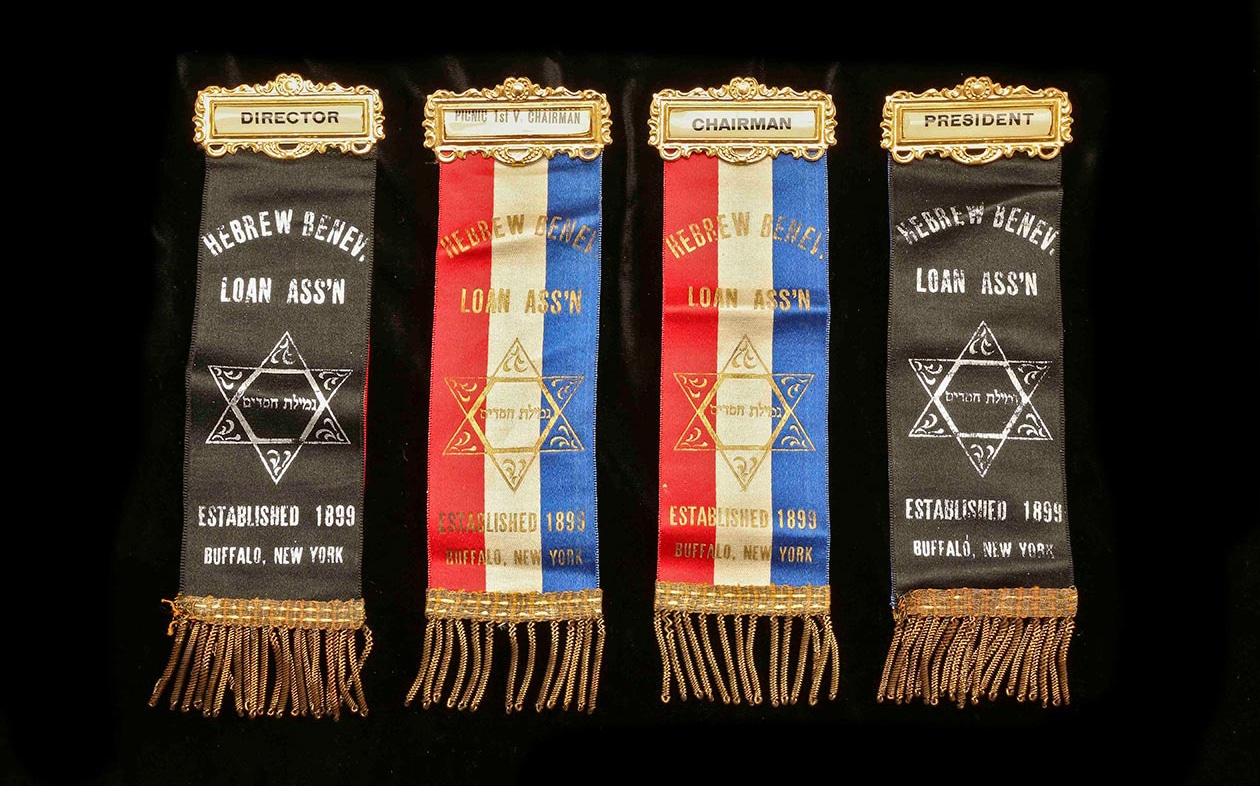 Gemilath-Chasodim (Acts of Loving Kindness) known as the Hebrew Benevolent Loan Association (HBLA) was founded in 1897 and incorporated in 1898, to provide interest-free loans to Jews in need.

In May 1897, a small group of Jewish men gathered in the home of Sol Rubenstein at 267 William Street, Buffalo, New York to create a self-help group much needed by their fellow East Side families. Named Gemilath-Chasodim, “Acts of Loving Kindness,” the Hebrew Benevolent Loan Association (HBLA) as it has been known for the last seventy years was incorporated in 1898. Many of the founders were small business owners and included Sol Rubenstein, Jacob Rosing, Morris Diamond, Morris Balber, Harry Harriton, Aaron Cohen, Isaac Feldberg, Morris Shapiro, and Enoch Shulgasser. The range of biographies of these leaders included men who were involved in the founding of other institutions such as Morris Diamond (1860-1944) who was educated in Lomza, emigrated to Europe and lived in Dublin, Ireland, where he became fluent in English. Soon after he arrived in Buffalo in 1889, he established his own cheder (place of religious instruction for young boys), and then taught at the Talmud Torah which he also helped to found. Beth Jacob member, Harry Harriton was another of the founders of the Talmud Torah, and come to Buffalo in 1884 from Berdichev (Berdychiv), that today is a part of Ukraine. An early Buffalo Zionist and a founder of many institutions, he later helped bring the East Side charities into the Buffalo Jewish Federation, and served on its Board of Governors). Sol Rubenstein was from Kalet, Suwalki Province (northwestern corner of modern Poland, previously Prussia, Lithuania, and Poland), and was one of many families from this area who settled in Buffalo. Another Beth Jacob member, he is credited with bringing together the founding HBLA group.

As new immigrants who were only recently established themselves, they were concerned about the families of very limited means, including their own neighbors and networks of friends and family who struggled in times of hardships especially in the case of death of a family member or illness. Apart from burial or medical expenses, the death of a horse that pulled a wagon, a broken pushcart, or the loss of stock could change a family’s fortune in a single instance. Their only option in these cases, with friends and families in similar situations, was to borrow money from loan sharks at rates of interests that yoked them to penury. A previously tenuous living situation became even more marginal. The officers of the HBLA, in keeping with the biblical injunction of Exodus 22:24, “If you lend money to my people, to the poor who is in your power, do not act toward him as a creditor, exact no interest from him,” created a structure that made it possible for breadwinners and families to have an alternative should the need arise.

Supporting self-sufficiency was all the more critical as the 1890s saw the Jewish immigrant population in Buffalo grow significantly. Facing state sanctioned antisemitic violence in Europe and prescribed occupational niches that produced poverty, many Jews sought a life free of violence where they could live and work without fear of repression or prescription. Without a command of the English language and restricted from working on Shabbat on Saturday, a significant trading day in America, so new immigrants were limited to working for themselves or other Jews in peddling, scrap collection and similar jobs. Micro loans without interest from the Hebrew Benevolent Loan Association allowed them and by extension their families, to escape marginal lives without dependence.

The Hebrew Benevolent Loan Association has reassessed its services as times have changed. While its first remit was for the benefit of newer immigrants, it has expanded to fund residents affected by economic conditions including the Great Depression. In the 1930s, refugees and immigrants once again, became recipients of aid as German-speaking Jewish refugees fleeing Hitlerism settle in Buffalo. Hebrew Benevolent Loan Association free interest loans aided survivors of the Holocaust and Displaced Persons who had after the war in the 1940s and 1950s. Jews from the USSR and the former Soviet Union were a special focus of aid from the 1970s to 1990s. More recently loan recipients have used funds to complete their education, to pay a security deposit for rental accommodation or to start a business.

END_OF_DOCUMENT_TOKEN_TO_BE_REPLACED

The early records of the organization are lost, but archives from 1939 to the 1960s, demonstrate how important it was for officers to maintain their mission goals, often reiterated at every meeting and fundraising event. (For reasons of confidentiality the archives do not include any records relating to loan applications). By the 1930s, on the back of the Great Depression, when many within a newly middle class Eastern European generation saw their savings wiped out, repossession of their homes and property and loss of livelihoods, loans were no longer solely guaranteed by individuals, but also through a reserve built by fundraising that could be used for loans.

Several strategies were used for fundraising, including picnics, entertainment and length of service events. Other activities included donating for life cycle moments, honoring a member, or remembering the life of someone dear. The Golden Book proved another effort for supporters of the HBLA mission. These entries with certificates included the textual reference from Pirkei Avot 1:2, in Hebrew. “The world stands on three things: Torah, Avodah, and Gemilut Chasadim.” Indeed, members, officers and Jewish publics were continually extoled throughout the 1930s and through the 1960s, to remember the laws of tzedakah as codified by Maimonides, in Chapter 10:7–14 of the Laws of Charity in Mishneh Torah: “The highest form of tzedakah is to strengthen the hand of the poor, by extending a loan, joining in partnership, or training the poor person out of poverty, to help them establish themselves.”

Life membership was introduced following the suggestion of Eugene Warner in 1939, who argued that it was, “a privilege to be a member of the Hebrew Benevolent Loan Association.” Warner’s commentary about the organization signaled its changing status in the community. By the 1930s, although it retained its East Side origins, sometimes using Yiddish at annual meetings and an officer class of mainly Eastern European descent, an increasing number of its membership base did not have modest economic backgrounds or East Side ties. Indeed, members like Eugene Warner, then President of the Jewish Federation of Social Service were part of an older generation that was economically secure. The group founded to aid Jews on the East Side had become a resource that was utilized by all those in need, and recommended for philanthropic support by leaders across the community at the highest levels. The HBLA mission remains to award interest-free loans to Jews of Western New York, to help meet life’s needs. 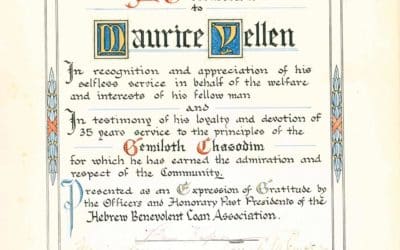 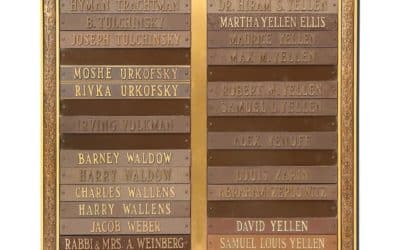 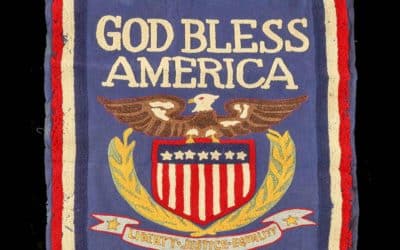 If you have information to share about the history of the Hebrew Benevolent Loan Association, please contact us.