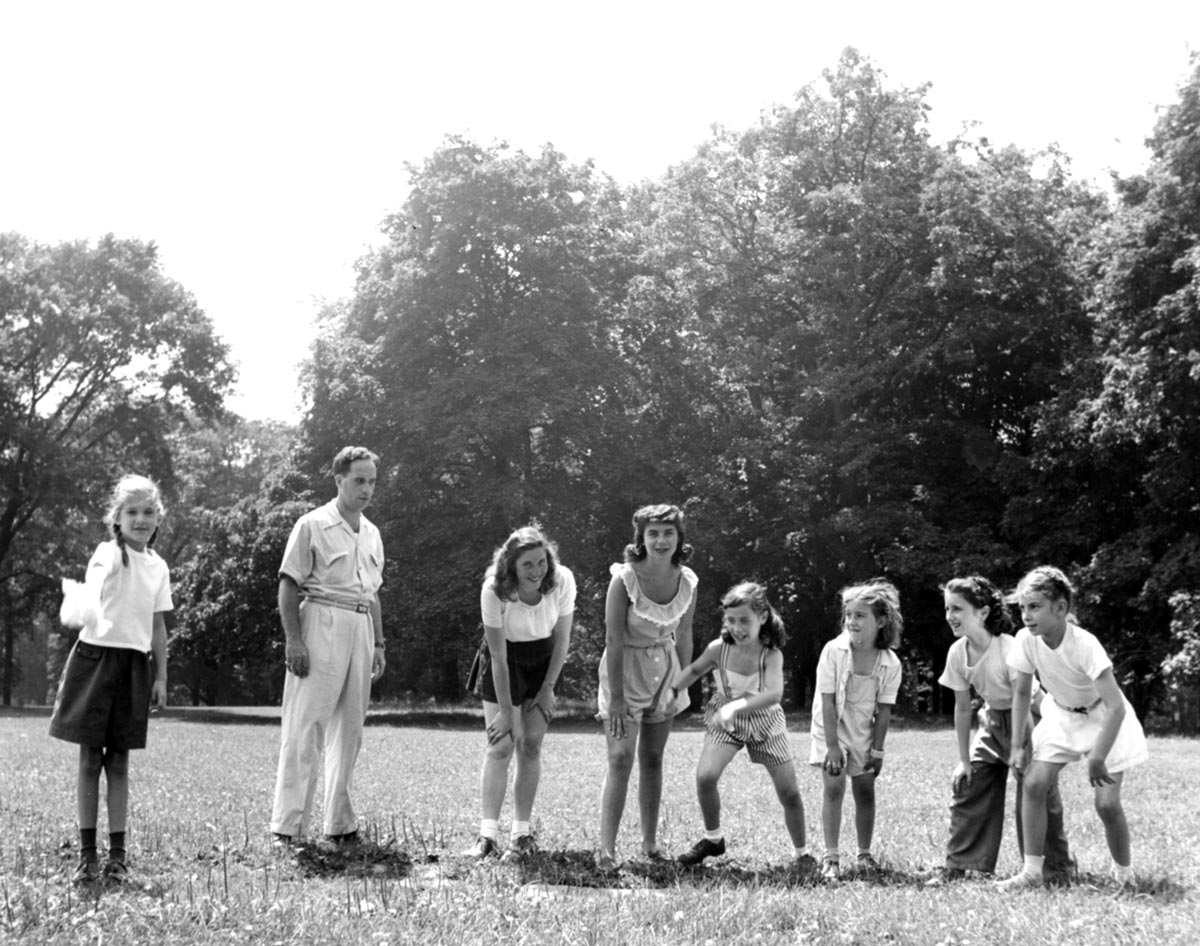 Camp Centerland began as an extended summer option for young children at the Jewish Community Center known as Centerland. This program expanded in the period following World War II from a patchwork of day programming at Beaver Island for older children and at Temple Emanu-El for younger aged children. The day camps featured “trips, games, entertainments and celebrations of Jewish themes.” In this form it ran as a multi-site program for several years, when the dissolution of the Western New York Orphan Asylum released funds that offered the possibility of a consolidated site. In 1954 part of this fund allowed the Centerland program to develop its own facility, purchased by the Foundation for Jewish Philanthropies. Camp Centerland opened in the summer of 1955, at the former Sprucelands Day Camp, on a 78-acre property in rural Elma on Bullis Road. It added facilities over several decades including an archery range, a farm and an arts, crafts and pottery center. The camp also opened for free family use on Sundays and was rented by local congregations for High Holidays observances.

As part of a strategic consolidation of Jewish Center operations, the Elma site was sold in 2012. The new Camp Centerland re-opened adjacent to the Jewish Community Center Benderson Family Building in Getzville in 2013 as part of a broader consolidation of Jewish community agencies into the suburban hub. Through a $1 million gift in 2014 from the family of the late Irving Shuman, the site was renamed Camp Centerland at the Irving M. Shuman Campgrounds. An all new arts and crafts building was built in honor of Gretchen Gross, by Gordon Gross, past-president of the JCC in 2015. Named the Gretchen S. Gross Omanut Center, it houses pottery wheels and a kiln, and dedicated areas for jewelry making, painting and other crafts. Since 2013, the site has grown to include an archery range, arts-and-crafts pavilions, low-ropes courses, a climbing tower with double zip lines and high ropes course, a baseball diamond, soccer fields, a basketball and hockey court, as well as hiking and nature trails.

Locations over the years If you have information to share about the history of Jewish Fresh Air Camp and/or Camp Lakeland, please contact us.